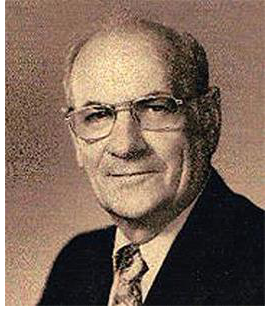 In the early 1970’s, it became apparent to religious leaders that people requesting emergency assistance presented a challenge which churches, acting separately, were unable to meet. Congregations and their staffs were increasingly incapable of responding effectively to the volume of legitimate requests for aid. Other agencies, both public and private, administered funds that were restricted by inflexible eligibility criteria. People in crisis were faced with the overwhelming and discouraging task of determining where to turn for help.

So it was that Crisis Control Ministry was organized by the religious community in 1973 to establish a comprehensive system of response to the emergency needs of persons in Forsyth County. The ministry opened April 4, 1973, at 930 Patterson Avenue to coordinate the financial and volunteer resources of the churches with the expertise and services of Forsyth County’s social service agencies. Reverend Ronald E. Rice, Sr. was the first Executive Director.

The Reverend Ginny N. Britt was also part of the founding of the ministry and served as our Executive Director for 19 years, from 1977 – 1996. Ginny worked tirelessly for the poor. In 1985, she led the ministry through a successful building campaign to construct the building at 200 East Tenth Street where the ministry is still located today. In addition, she envisioned and established Crisis Control’s licensed free pharmacy in 1987.

The ministry opened a satellite office in Kernersville in October 1977 to serve people in the eastern part of the county. Over 75 volunteers are needed each day to do the work of the ministry. The work of Crisis Control Ministry has been possible because of a strong commitment on the part of the community to those in crisis.

Individuals in Forsyth County are daily thrust into crisis situations, and we remain committed to the task of providing assistance while at the same time encouraging self-sufficiency. At our best, we provide a financial intervention that solves the crisis before it becomes a family catastrophe.

Ongoing support is important to enabling projects to continue their work, so we encourage donors to continue to contribute to projects over time. But if you must cancel your recurring donation, please notify us.